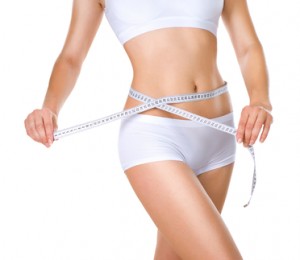 A study published in the October 2013 issue of Plastic and Reconstructive Surgery, the official journal of the American Society of Plastic Surgeons, indicates that gastric bypass patients who undergo body contouring are more likely to maintain weight loss than patients who receive only gastric bypass surgery.

Gastric bypass is a procedure which sections off a small portion of the stomach and connects it to the small intestine, thereby preventing the patient from taking in too much food at once. Dr. Ali Modaressi and his colleagues from the University of Geneva, Switzerland, studied the long-term results for a total of 200 gastric bypass patients. Ninety-eight of the patients also received body contouring to remove excess skin from the upper arms, breasts, and legs.

The differences between the two groups were significant. After seven years, the body contouring group weighed 176 pounds on average, while the bypass-only group weighed 200 pounds. Gastric bypass patients in general have a high chance of regaining much of the weight they lose after the surgery, but in this study the group who received body contouring regained an average of 4 percent of their body weight, compared to 11 percent for the group who did not receive contouring.

The researchers concluded that the better results for the patients who received body contouring indicate that contouring is more than a simple cosmetic procedure. Instead, it should be considered a reconstructive surgery which should be automatically included as an adjunct to gastric bypass.

Award-winning, Seattle plastic surgeon Dr. Shahram Salemy agrees. “People go through so much in order to lose weight because they want to be healthier. Gastric bypass is a serious operation with dramatic results, and it can be very hard to be left with the extra skin and fat after their gastric bypass procedure. With a subsequent body contouring procedure to remove the extra skin and fat, patients would be more comfortable in their clothing and they would be less likely to have to deal with hygiene issues. It makes sense that if formerly overweight people get some contour back, they will feel better and will be more likely to maintain a healthy lifestyle, including exercising more and eating healthier.”

Dr. Salemy, a graduate of Yale Medical School, is board certified by the ABMS and is a Fellow of the American College of Surgeons. He has published multiple papers in peer-reviewed journals and has been named “One of America’s Top Plastic Surgeons” by the Consumers’ Research Council of America. Dr. Salemy believes in a strongly individual-centered practice dedicated to each patient’s results and high satisfaction.

See Before and After Body Contouring Photos.