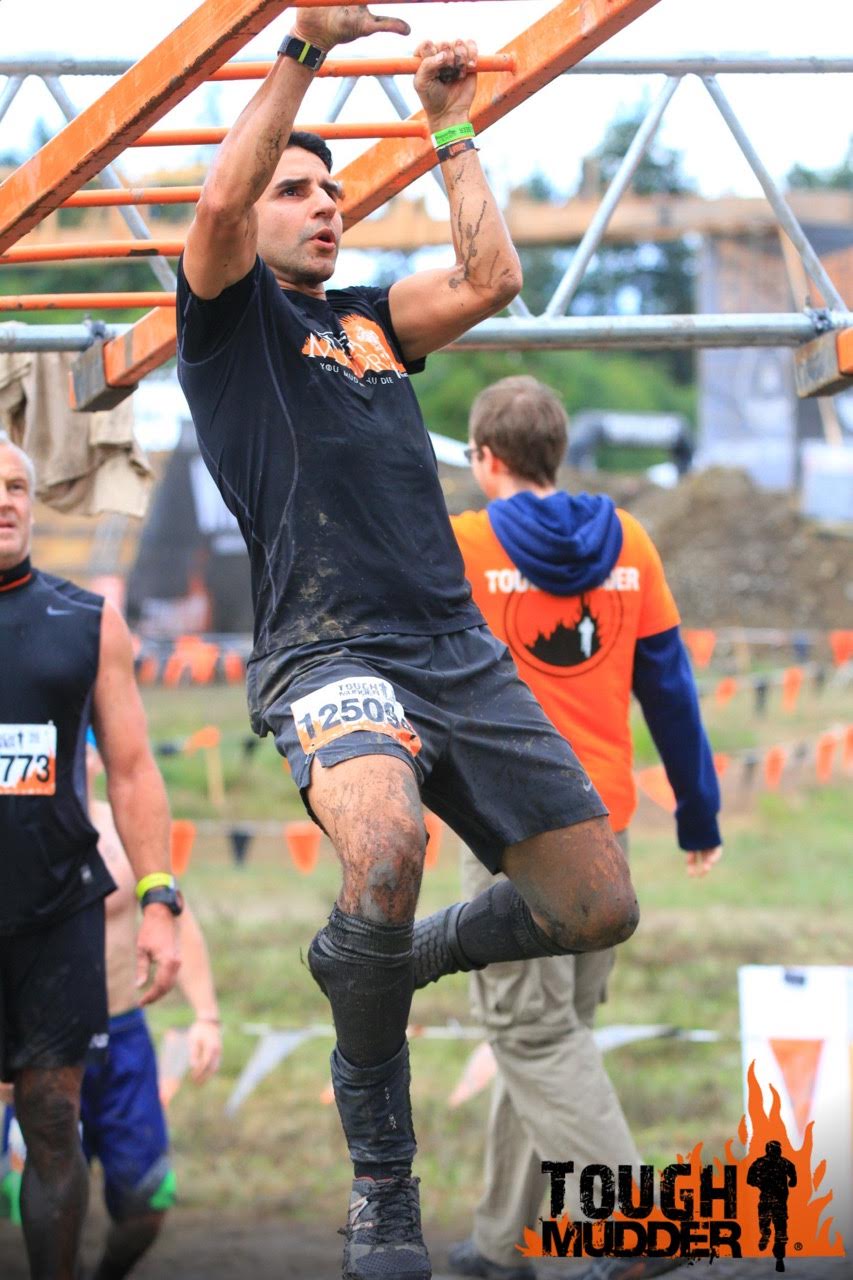 Many of us have goals for transforming our bodies. That might be weight loss, or shape change via exercise. For others, those goals can only be reached with surgery. Either way, it takes preparation, hard work and commitment to make the changes that you need to make.

Dr. Salemy has always understood this. That’s why his practice includes advice on how to prepare for surgery, and how to get back to fitness afterwards. But he recently had the lesson reinforced for him when he experienced an injury of his own.

As part of his own personal fitness journey, Dr. Salemy had begun taking part in obstacle course races. It was in November 2016, while taking part in the, ‘World’s Toughest Mudder’ in Nevada that he sustained a shoulder injury. As he was tackling one of the obstacles, Dr. Salemy experienced extreme pain in his shoulder. This was later diagnosed as shoulder dislocation and a tear in the labrum. His medical team advised him that recovery would take three to six months.

For Dr. Salemy this became a mental challenge: what could he do to get stronger and recover quicker?  He had already set himself the goal of returning to the Nevada event in 2017 because he wanted to beat the race, not feel it had beaten him.

Because of his training and experience, Dr. Salemy knew that the patients who recovered well took good care of their general health. Researching his own injury, he realized that his best chance at not only recovering but going on to transform his health and prevent future problems was to change his fitness routine going forward.

Dr. Salemy made training his priority. With the support of his wife, family and his colleagues at the clinic, he was able to find time to train. By getting up earlier, or exercising late at night, he was able to find ‘extra time’ to work towards his goals. By putting aside recreational hobbies such as golf, and instead taking part in less intense obstacle course races, he made headway towards his end goal.

In November 2017, Dr. Salemy returned to Nevada to take part in the World’s Toughest Mudder for a second year. His goal was to complete ten, five-mile laps of the course in under 24 hours. In fact, he completed those laps in 20 hours.

It’s a great transformation story, and one which helped Dr. Salemy empathize with his patients. He believes that we all have challenges that could stand in the way of achieving what we want, but he recommends figuring out how to get the best out of your life, and then just going for it!

Dr. Salemy credits his preparation with being key to his success. By focusing on what he wanted to achieve, and coming up with the best way to do that, he says that preparation made him smarter. If you’d like to emulate Dr. Salemy in your health transformation, here are some takeaway points:

Dr. Salemy takes a common-sense approach to lifestyle advice, encouraging patients to eat well with ‘everything in moderation’. He believes most people can benefit from drinking more water, and eating more fresh vegetables and protein.

What Do You Want?

They key part of the process is to know what you want. Have clear goals set that mark success, as Dr. Salemy did with the race and then, to use the Doctor’s own words:  Just go for it.