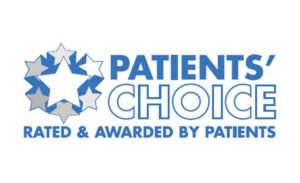 Vitals has awarded Dr. Shahram Salemy again for Patients’ Choice and On-Time Doctor for 2016. The Patients’ Choice Award is bestowed to physicians with near perfect scores as determined by patients themselves for making a difference in patient lives. The On-Time Doctor Award recognizes doctors with excellent standards in timeliness and promptness.