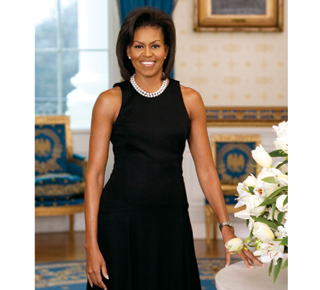 Arm lift procedures have skyrocketed by more than an astounding 4,000% in the last decade, according to statistics provided by the American Society of Plastic Surgeons (ASPS).  Driven in part by the popularity in sleeveless attire for women and the growing visibility of, and attention on, sleek-armed celebrities and public personalities, more women today are opting to sculpt and tone their arms surgically than ever before.  Approximately 300 women received upper arm lifts in 2000, as compared with more than 15,000 in 2012, representing an astounding 4,378% increase in just the last ten years.

Doctors cite no particular singular reason for the dramatic surge in popularity of arm lifts, however a recent poll (April, 2013)* suggests that more and more women may aspire to achieve the same sleek and toned look of the arms of public figures like first lady Michelle Obama and celebrities like Jennifer Aniston.  In the poll, conducted by Harris Interactive on behalf of ASPS, women were found to most admire the arms of first lady Michelle Obama, followed by Jennifer Aniston’s, Jessica Biel’s arms, Demi Moore’s and next Kelly Ripa’s arms.  “Women are paying more attention to their arms in general and are becoming more aware of options to treat this area,” said ASPS President Gregory Evans, MD. “For some women, the arms have always been a troublesome area and, along with proper diet and exercise, liposuction can help refine them. Others may opt for a brachioplasty [in which loose skin is removed from the back of the arms] when there is a fair amount of loose skin present with minimal elasticity.”

Though arm lift procedures can result in dramatic improvements in appearance but pose very little risk, Dr. Shahram Salemy, MD, always emphasizes the primacy of a healthy diet and active lifestyle, including exercise, first.  For women who are unable to attain the appearance they want on their own, arms lifts can prove a viable option in achieving the best possible shape for one’s arms.  As women age, their upper arms can become loose and flabby.  A brachioplasty can result in more proportioned, youthful, contoured and sculpted upper arms by removing excess skin and fat deposits.  Dr. Salemy always discusses with his patients very carefully how the procedure is performed, expectations and recovery time, and in some instances, he may recommend that liposuction be used alone or in conjunction with a brachioplasty.  Dr. Salemy advises the best way to determine what arm lift procedure is right for any patient is to be examined by a qualified and experienced plastic surgeon, preferably a Board Certified one.  For more information on affordable arm lifts see https://www.drsalemy.com/body_contouring.html#arm_lift

* This poll was conducted online within the United States by Harris Interactive on behalf of the American Society of Plastic Surgeons from March 28-April 1, 2013 among 1,219 women ages 18 and older. This online poll is not based on a probability sample and therefore no estimate of theoretical sampling error can be calculated.  The results of the poll can be found here http://www.plasticsurgery.org/news-and-resources/graphic-arm-lifts-rise-2012.html