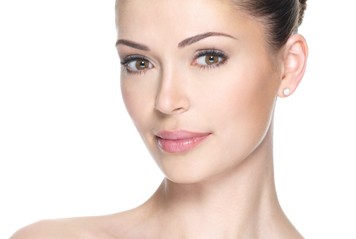 New research conducted at Georgetown University in Washington, DC showed that the benefits of plastic surgery go beyond looking younger. In fact, the scientists found that plastic surgery can help form a solid first impression. This hypothesis came from a study the scientists conducted, in which one hundred seventy volunteers were given before and after photos of thirty women who underwent plastic surgery. In general, the study found that the postoperative photos of the women were more favored by the volunteers. The volunteers expressed how the women seemed more likable, approachable, and attractive once they had plastic surgery. While some may view the volunteer’s responses as a sign of a vanity-obsessed society, the researchers found that it’s partly basic human instinct to evaluate someone’s personality based solely on what their face looks like. In other words, having a pleasant-looking face can not only help a person feel more confident in their own skin, but also give them an advantage socially, especially when interacting with people they’ve never met before.

While some may worry that cosmetic surgery can produce an unnatural look, cosmetic surgeons like Dr. Shahram Salemy understand that many patients want to look natural and refreshed after their procedure. He has expressed how his patients come to his office seeking an operation that will make them look vibrant and youthful, rather than someone who has been “pulled” or “operated on.” His patients are frequently told by their friends that they look revived or rested after their operation.

A graduate of Yale University Medical School, Dr. Salemy is a distinguished, award-winning Seattle-based plastic surgeon. Named “One of America’s Top Plastic Surgeons” by The Consumer’s Research Council of America, Dr. Salemy uses cutting edge technology and techniques to make sure that each patient of his walks away satisfied.